The Arbuthnot Family of Norton Court

George Arbuthnot was born in Madras, India, in 1836, the second son of Mr J A Arbuthnot, of Coworth Park, Berkshire, and grandson of the first baronet of Arbuthnot.  He later had a proud military service in India in the 1850s and 1860s.  The Arbuthnot family became tenants of Capt Walker at Norton Court on 31 December 1889 and at the time he came to Norton George was a retired Colonel in the Royal Horse Artillery employed as a JP in London.  He was married to Caroline and had six children. 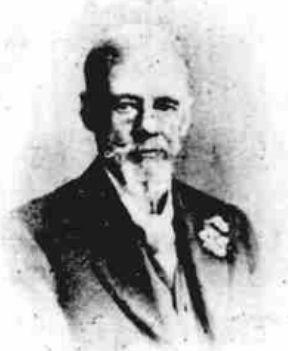 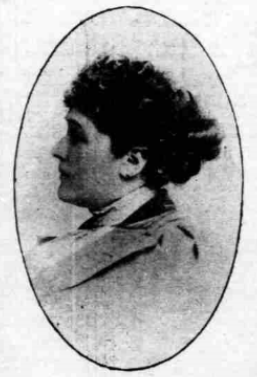 Socially the Arbuthnot’s must have been quite an important family.  In May 1895 we find an entry in The Morning Post, London; “Colonel and Mrs Arbuthnot and family have left 5 Belgrave Place, for Norton Court, Gloucestershire”.  It appears that they divided their time between the two.

A couple of years later, in October 1897, we find an article that was widely reported in, amongst other places, The Belfast News-Letter, The Pall Mall Gazette, The Morning Post, London, and The Standard, London, which details one of Col Arbuthnot’s commercial positions.  “The Subscription Lists Will Be Opened Today … The Imperial Continental Waterworks, Limited…”.  The articles go on to include an abridged prospectus; “The Imperial Continental Waterworks, Limited, has been incorporated for the purpose of carrying on the business of a Waterworks Company in all its branches, and for the other objects referred to in the Memorandum of Association.  The Company has acquired a valuable Concession granted by the Italian Government to divert water from the rivers Bisagno and Concasco and for the construction of Waterworks adjacent to the City of Genoa, for supplying the City and its Suburbs and adjacent towns and villagers with pure water for household, manufacturing, and other purposes.  This Concession, granted originally in 1875 for a term of 90 years, is, by the law of 10th August, 1884, and by Royal Decree of 28th April, 1895, renewable in perpetuity”.  Amongst the list of Directors we find; “Colonel George Arbuthnot, JP, DL, late RA, 5 Belgrave Place, SW, and Norton Court, Gloucestershire”.

Col Arbuthnot’s period of tenancy was due to expire in 1903 but must have been extended as evidenced by the following photograph taken from the Cheltenham Chronicle & Gloucestershire Graphic of 26 October 1907. 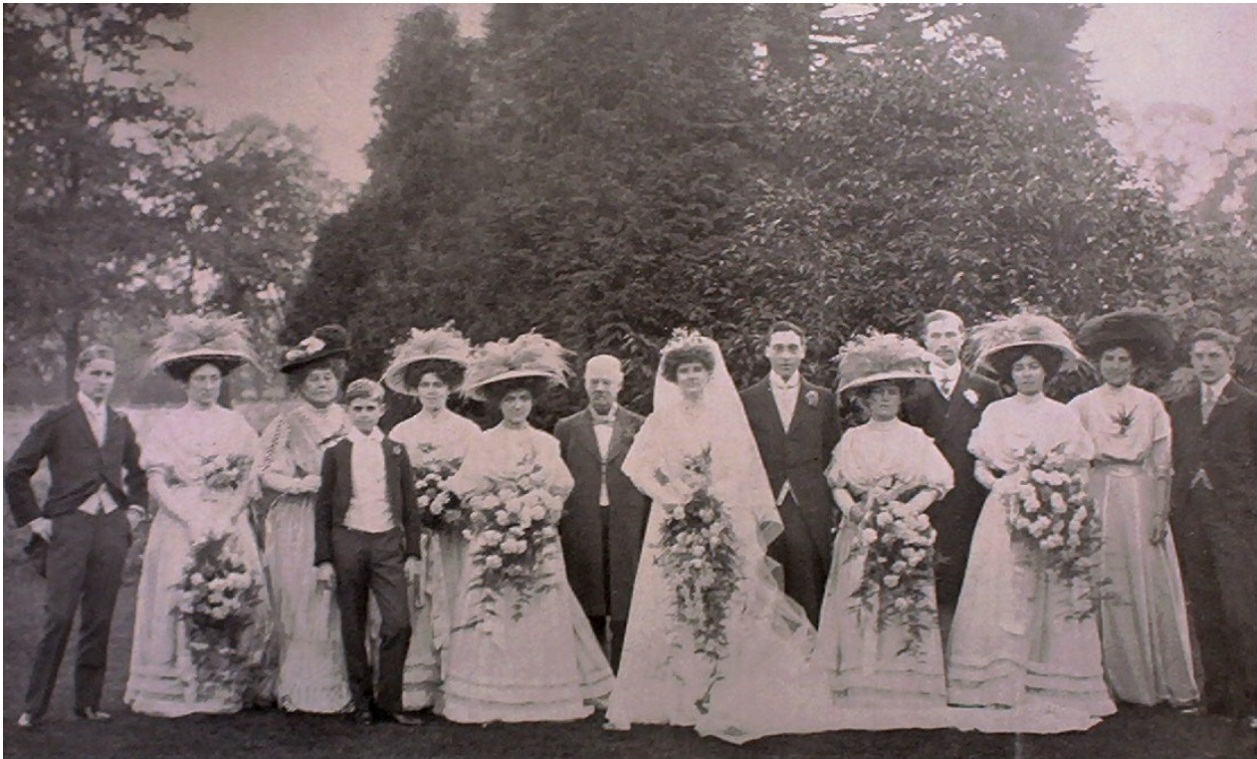 In 1911/12 Col Arbuthnot became quite seriously ill necessitating a lengthy stay in a Gloucester nursing home.  Upon his return to Norton Court he seemed to pick up but a full recovery wasn’t to be.  In November 1912 he wrote the following letter to the people of Norton; “Dear Friends, As you are no doubt aware, we are about to terminate a residence of 23 years at Norton, which I need hardly say is a source of the deepest sorrow.  We had hoped to be able to bid you farewell at some entertainment, but ill-health, the difficulties incidental to the move, and the fact that some of our oldest and warmest friends could not have come to it, make this impracticable, so we must content ourselves with writing to you and enclosing photographs, which we hope will make you remember us.  We have also decided on placing a new reading desk in the Parish Church”.

This desk is in the form of an angel atop a pedestal and the design was Mrs Arbuthnot’s conception and was created by Mr Martyn of Sunningsend Works, Cheltenham.  It is still the lectern used in the church today and a brass plaque affixed to it reads; “TO THE GLORY OF GOD and to commemorate the reading of the lessons in this Church by Colonel Arbuthnot during his residence at Norton Court of twenty three years.  This lectern is presented by Colonel and Mrs Arbuthnot Christmas 1912”. This was by no means the only gift presented to the church by the family over the years and Col Arbuthnot had served as churchwarden for 22 consecutive years since his arrival in the village.

The parishioners of Norton wished to respond in a way which expressed the high esteem and affection with which they held the Arbuthnots.  They settled on an illuminated address, beautifully bound in Morocco leather, that was sent to the Arbuthnots at their new address in Hillingdon and was signed by 93 persons.  The reply read; “To Colonel and Mrs Arbuthnot – We, the undersigned parishioners of Norton, Gloucestershire, wish to convey to you our heartfelt appreciation of the active interest you have always taken in everything connected with the life of the church and village.  Your many acts of kindness and unfailing courtesy have won our love and affection, and it is with a sense of great loss and deep regret that we think of your departure from us.  We ask you to accept this small token of our regard, and with it our kindest remembrances and best wishes for your future health and happiness, and also for that of the members of your family who have grown up amongst us”.

Col Arbuthnot’s absence from Norton was to be a brief one, however, and he never regained his health.  He died in December 1912 at Cedar House, Hillingdon, Uxbridge, and was interred in the family vault at Sunningdale, Berks.  George Norton Walker attended the funeral and took a wreath from the people of Norton.

The Times newspaper of 30th December 1912 carried the following obituary for George Arbuthnot;  “The death occurred last week at Hillingdon of Colonel George Arbuthnot, RA, late of Norton Court, Gloucester.  Colonel Arbuthnot, who was born in 1836, was the second son of Mr J A Arbuthnot, of Coworth Park, Berkshire, and grandson of the first baronet of Arbuthnot.  He served during the Indian Mutiny in 1857-58, and was present at the relief of Saugor, the forcing of the Pass at Nudingport, and at the siege and capture of Jhansi.  He also commanded the siege train at the attack upon Koouch, and was present at the capture of Calpee.  He was mentioned in despatches in 1859 and received a medal and clasp.  In the Abyssinian campaign of 1867-68 he acted as aide-de-camp to Sir C Staveley, and took part in the action of Arogee and in the capture of Magdala, receiving the medal.  Colonel Arbuthnot sat as the Conservative member for Hereford from 1871-74, and again from 1878-80, and was a Justice of the Peace for Herefordshire and Gloucestershire.  Colonel Arbuthnot married in 1870 Caroline Emma Nepean, the youngest daughter of the late Captain A Nepean Aitchison, by whom he had three sons and three daughters.  The eldest son, Major J B Arbuthnot, of the Scots Guards, was born in 1875, and married in 1903, Olive, the only daughter of Sir Henry A Blake.  The funeral will take place tomorrow at 2:30 at Sunningdale”.

The Arbuthnot family has many and long lasting connections to India and if you simply type in ‘Arbuthnot India’ to your internet search engine you will be inundated with hits.  The family left Norton some time after 1910 but their time at Norton must have been memorable as some 20 or more years later we find the following announcement in The Times of 9th September 1933; “Deaths. REEVE.  On September 7 1933 at Indore, Central India of pneumonia – Frances Muriel wife of Gilbert Amos Reeve and eldest daughter of Colonel and Mrs George Arbuthnot formerly of Norton Court, Gloucester”.

The arbuthnot’s also have a son, RONALD GEORGE URQUHART ARBUTHNOT, who was killed shortly after the end of the First World War Vnd who is remembered on the village War Memorial.The Times newspaper of 9th December 1918 carried the following obituary;  “Lieutenant Ronald G U Arbuthnot, 16th Lancers, attached RAF, was the youngest son of the late Colonel George Arbuthnot, RHA, of Norton Court, Gloucester, formerly MP for Hereford, and of Mrs Arbuthnot, of the Cedar House, Hillingdon, Middlesex.  He was educated at Summerfields and Eton, and was a keen cross-country rider.  At the outbreak of the war he enlisted in the 19th Hussars, receiving a regular commission in the 16th Lancers in September 1914.  Later he volunteered for the Cavalry Machine Gun Corps, with which unit he was seriously wounded at Bourlon Wood, after three years’ service overseas.  On returning to England, he became attached to the Royal Air Force, and was killed while flying in London Colney, Hertfordshire, on December 3”.

Although remembered on the War Memorial at Norton he was buried in the south-west corner of Shenley St Botolphs Churchyard, Hertfordshire, presumably somewhere near to his fatal crash.