John had been born in February 1821 at Frampton On Severn, son of Thomas Watts and attended Dr Hales School, Scion Hill, Bath.  His father was a surgeon and this was the planned career path for Thomas but instead he chose a life in farming. 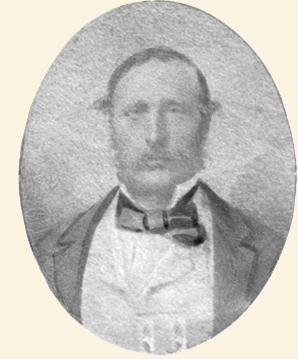 In his personal life he married Elizabeth Nelson and later remarried Caroline Sophia Sparkes.  He had 2 sons and 2 daughters, the first three born at Eton Vale, Queensland, and the last at Sydney, NSW.

In 19th-century Australian history, a ‘squatter’ was an illegal occupier of crown grazing land beyond the prescribed limits of settlement. The inroad of squatters contributed to the growth of the country’s wool industry and to the development of a powerful social class in Australian life. By the late 1840s the authorities recognized the economic good derived from the squatters’ activity and issued them leases for their sheep runs and tenure extending as long as 14 years. By this time the squatters had a hold on the land; many had become wealthy grandees.

The 1850s saw a large influx of immigrants, as well as thousands of miners drawn to Australia by the gold strikes. A cry for land was raised from this quarter, which challenged the squatters’ position. The cry was strong enough to prompt the Legislative Assemblies of the various colonies to pass “selection” acts in subsequent years. Generally, these provided for the sale of land at auction, forcing squatters to bid against prospective farmers for the land that they already controlled by leasehold. The wealthy squatters were able to purchase the choicest land, but much grazing area fell into the hands of small farmers, who found the agricultural yield disappointing. Their hostility against the selectors and their rugged pioneer ethos led the squatters often to resist social and political change.  [www.britannica.com]

In May 1869, John Watts gave a lecture at Norton, largely about his time in Australia.

We know that the current village school at Norton was constructed in 1876 but John Watts’ lecture gives us an earlier date for its foundation.  The lecture was made to raise funds for the school ‘recently opened in this village’.  It was reported that when he arrived at Norton; ‘not for very long a resident in Norton (about 15 months),’ there was no school.  Using the date of his arrival and the date of the lecture dates the village school’s foundation to 1868/69.  Watts added that Norton was only four miles from Gloucester, and seven from Cheltenham, and was one of the many places in the mother country so much behind the New World in education.  Watts thought that it was the duty of everyone to do all that they could to improve the education of all.

Amongst other things, John Watts spoke at length about the Australian Aboriginals and had he made the same speech today he would quite possibly have ended up in court !!  “The natives are all cannibals, have no knowledge of a Superior Being, but believe in ‘Nutchie’, or devil-devil, an evil spirit.  They have been very troublesome to the outside settlers, and in very many cases have killed all the first pioneers.  They are superstitious enough to believe they can make rain fall whenever they require it.  The way they marry and are given in marriage is very strange.  A female child, when born, is given away to her intended husband, and he may be a man of 30 or 40 at this time; and therefore it is not strange, that when she arrives at the age of discretion, she should like a younger and better looking lord than the one chosen for her.  But the laws of the tribes forbid the marriage of her choice; hence, there is only way left the lovers, and that is to run away and marry themselves.  Vengeance, however, soon follows, and the girl must die, unless her young lord can fight.  In that case the rivals are covered from head to foot with grease.  The only chance to close, is by one being fortunate enough to catch the other by the hair of the head, and then, having a piece of old shear-blade, ground in the shape of a parrots bill, in their hands, they cut the body wherever they can until the victor is satisfied.  The women sometimes, when tired of their babies, kill and eat them, after battle, all the young and middle-aged men, up to 40, and all fit for fighting, are eaten.  They are not eaten from starvation, but from a fancy for the food”.