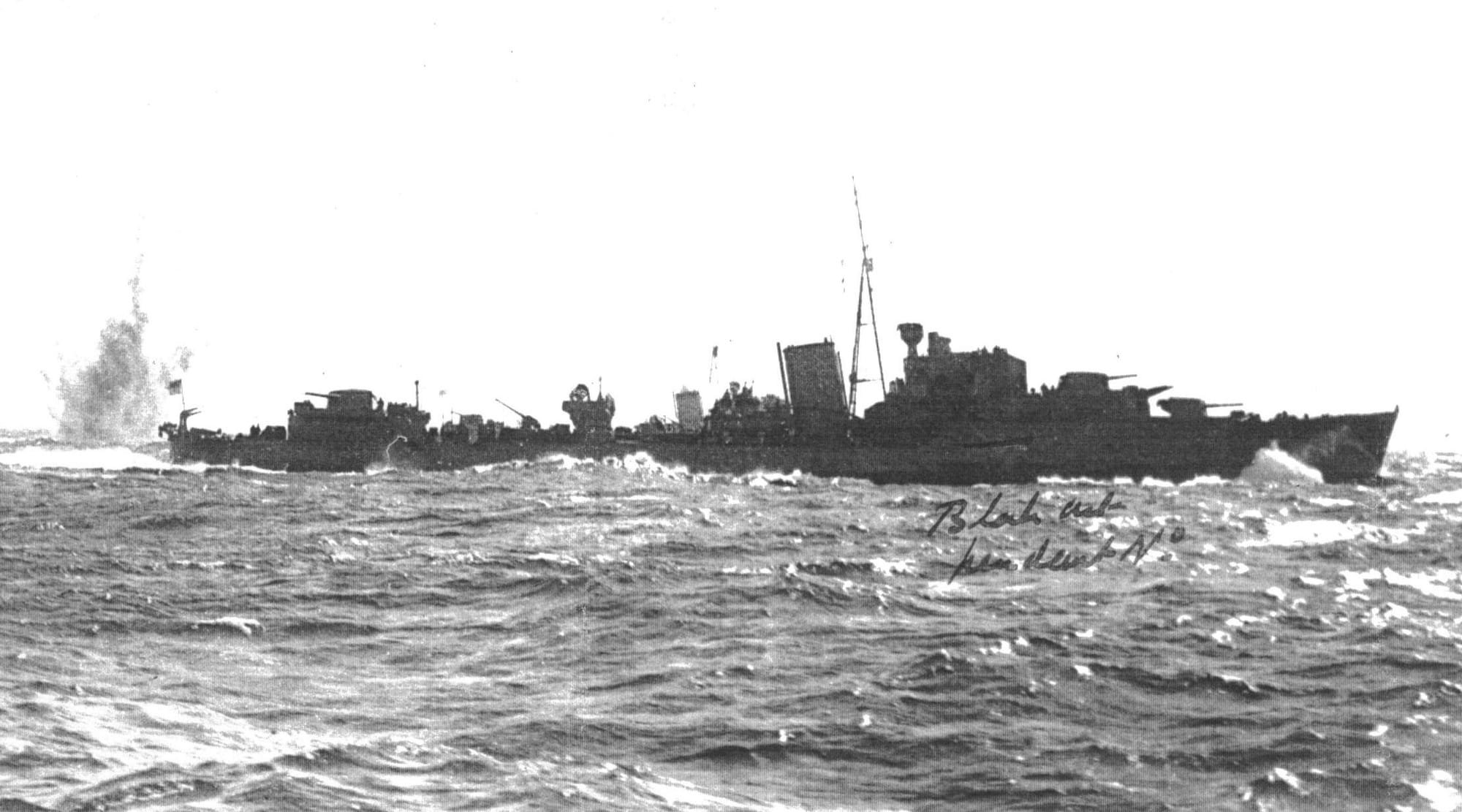 In November 1941 the War Office decided to have what was to become known as a ‘Warship Week’ to raise the profile of the naval campaigns.  As the certificate below tells us, the parish of Norton adopted HMS Jaguar.  Adoption of a ship in this manner meant that the villagers, most likely the school children, would write letters to the sailors or send them ‘comfort’ parcels containing things like cigarettes, gloves, a cake etc. 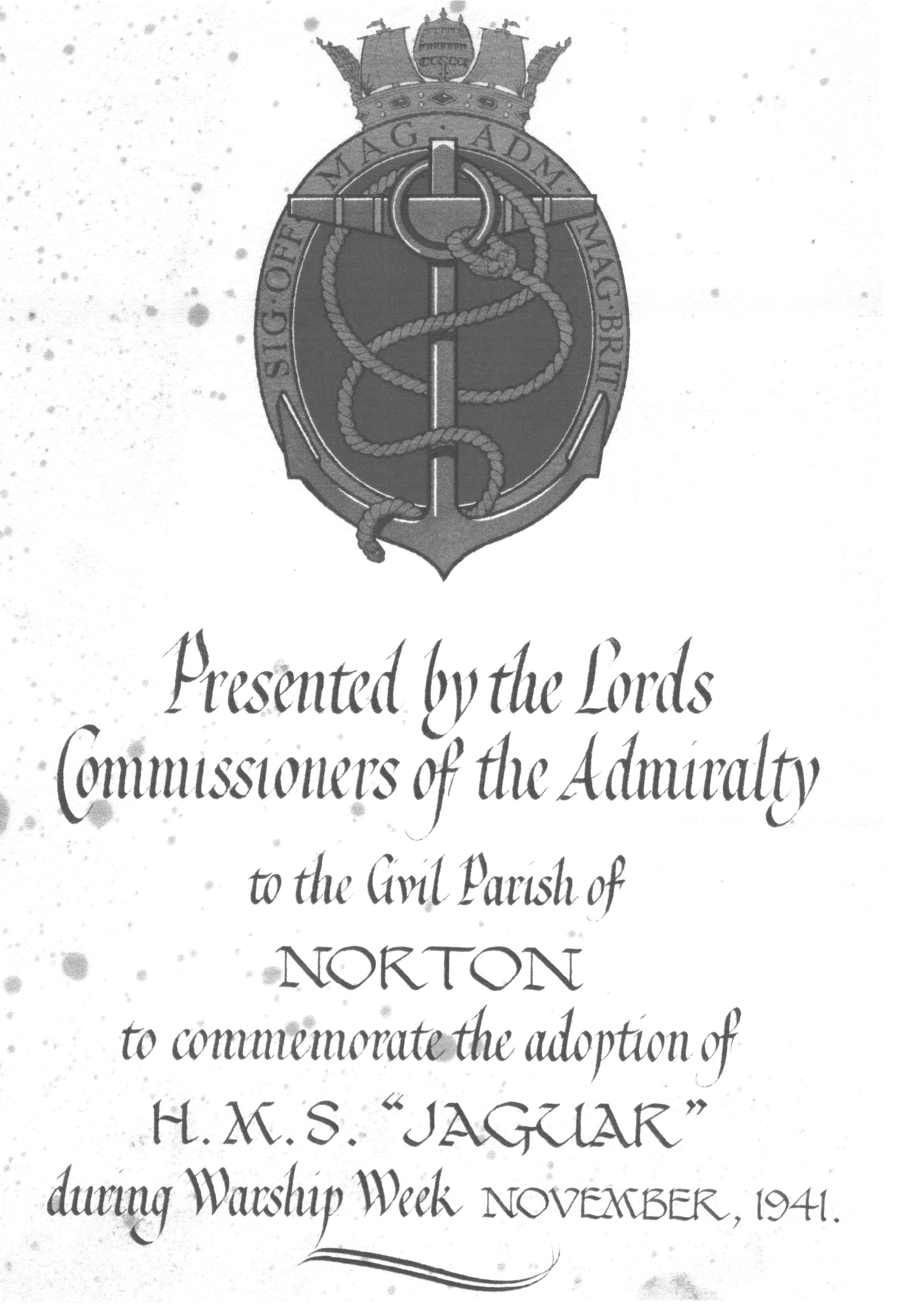 HMS Jaguar was a Destroyer of the Javelin Class and was authorised under the 1936 ship building programme.  She was laid down at Denny Bros’ yard at Dumbarton on 25th November 1937, was launched on 22nd November 1938 and was completed on 12th September 1939.

After sea trials she joined the 7th Destroyer Flotilla in the Humber Force at Grimsby on 26th September.  In the course of the next two months she was attacked by enemy aircraft on two occasions but sustained no damage.  In early 1940 she was refitted at Sheerness.  She continued to be employed mainly on anti-submarine patrols and escort duties off the east coast until the end of 1940.  On 20th May 1940 she was part of ‘Operation Quixote’, the force that cut the six telegraph cables running between the east coast and Borkum and Nordeney, returning to Yarmouth the next day.

During ‘Operation Dynamo’, the evacuation from Dunkirk, she operated in the English Channel and the North Sea.  She landed 700 troops at Dover but on 29th May her boiler room was damaged by bombs off Dunkirk and she had to be towed back to Dover by HMS Express, for repairs.  On 10th October 1940 she bombarded Cherbourg along with HMS Revenge and she continued to operate in home waters until November when she left the Clyde for Gibraltar with HMS Reknown and others.  Here she carried out escort and patrol duties with Force H escorting the ‘Collar Convoy’ in early November and on 27th November was in action with the Italian Fleet off Cape Spartivento.

Early in January 1941 she took part in ‘Operation MC4’ the covering of a convoy from Gibraltar to the Eastern Mediterranean and on the 10th arrived at Malta with HMS Illustrious.  Later that month she too part in ‘Operation Ration’, the interception of Vichy French ships.

On the night of 27th/28th February she assisted in covering the landing of troops at Castelorizo, in the Dodecanese, and during the withdrawal had a slight engagement with the Italian Destroyer, Crispi.  At the end of March she was part of Force D at the battle of Matapan.  On 3rd April she was ordered to Port Said with HMS Janus as four enemy destroyers were reported heading northwards off Port Sudan.  Later in April she attacked a convoy off Tripoli with her sister ships HMS Jervis, Janus and Juno, sank the armed M/S Egeo and bombarded Triploi.

In May she covered the ‘Tiger Convoy’ and took part in the battle of Crete being was one of the few ships to escape undamaged.  The following month she was part of Force B during the Syrian Campaign.  During July she took art in ‘Operation Guillotene’, conveying RAF personnel to Cyprus from Port Said and for the next few months operated off the Libyan coast, twice bombarding the Bardia area in October.

In December she attacked the Axis convoy M42 off North Africa and on 20th December she rescued 8 officers and 157 ratings from the destroyer HMS Kandahar which had struck a mine off Tripoli.  The Kandahar later had to be sunk and it was the Jaguar that torpedoed her.

During the first three months of 1942 she continued to be part of the 14th Destroyer Flotilla carrying out escort duties in the Mediterranean.  On 8 January 1942 she arrived at Valetta Grand Harbour, Malta, having escorted a convoy of British merchant ships.  Later in January she escorted the supply ship Breconshire from Malta to Alexandria.  Continued escorting convoys such as MF3, MF4, MF5 and MW9A/B until on 26th March, whilst escorting the RFA oiler, Slavol, to Tobruk, she was torpedoed and sunk by the submarine U652.  the exact position of the sinking is recorded as 31o 53’N, 26o 18’E.  8 officers and 45 ratings were rescued by the A/S Whaler KLO but 3 officers and 190 ratings went down with the ship. 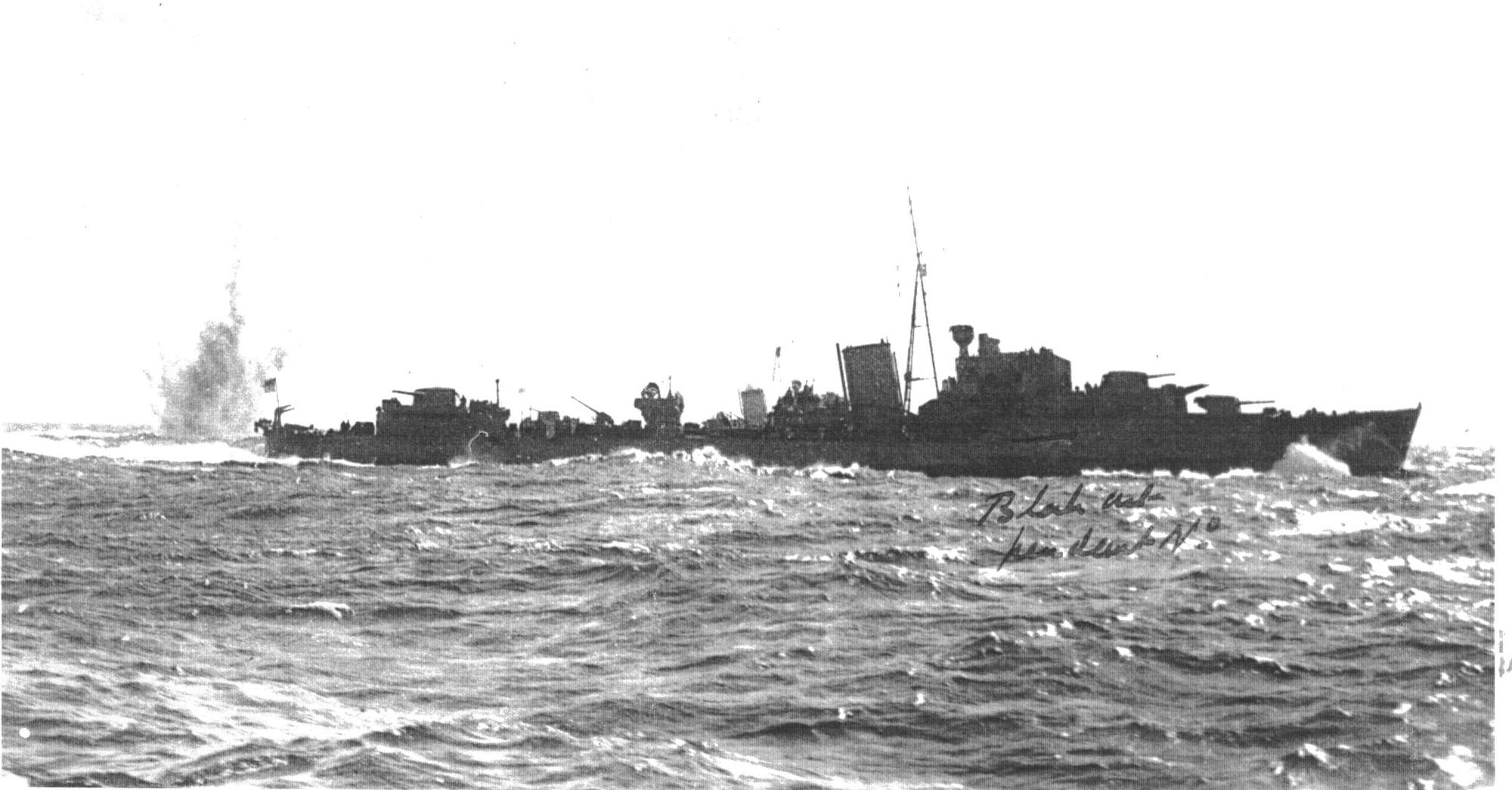